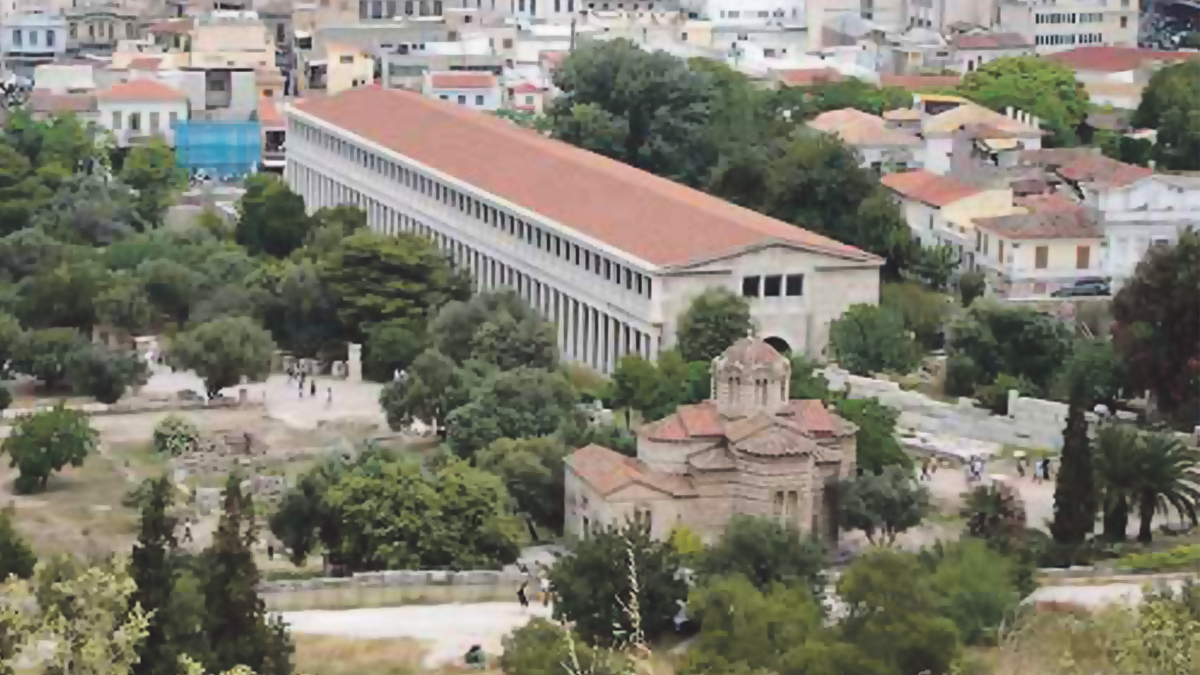 The Ancient Forum of Athens

Modern democratic societies owe much to that small corner of the world called Athens, the tiny ancient city known as the seat of Western Civilization. The many Greek city-states should not be underestimated… but Athens was the only place where all elements – democracy, science, philosophy, arts and administrative innovations – of an early western society gathered and flourished.

The heart of Athens beat in the Agora (forum) where political, commercial, administrative and social activities took place. The cultural social and religious life of Athens began here, each and every morning. In the 6th c. BCE, the time of lawmaker Solon, the Agora would become a public centre full of life. New buildings were erected on the area beneath the sacred hill of the Acropolis, near the rock of Areopagus in the south and the hill of Kolonos Agoraios in the west.

A visitor could encounter all aspects of ancient Athenian life here: traders selling their goods, men talking about politics, philosophers discussing the quest of happiness, bankers exchanging coins, women bearing water pots from the adjacent fountains, and travelers sacrificing to the Greek gods; a noisy, odoriferous and lively place to be.

One of the most sacred ancient roads, the Panathenaic Way, which led to the Acropolis from the main gate of the city, the Dipylon Gate, crosses the Agora. This road was the processional way for the most magnificent parade of the Panathenaic festival, which was held to honor the city patron goddess Athena.

The period between the 6th and the 2nd c. BCE was a thriving era for the Agora when the most significant public buildings and temples were erected. Today among the most well preserved buildings are the Temple of Hephaistos and Athena (5th c. BCE), the Stoa of Attalos (159-138 BC), fully restored to serve as the site museum, the Odeon (concert hall) of Agrippa (15 BCE), the Tholos (470 BCE), a circular building, which served as the headquarters of the fifty officials of the Boule (senate of 500) and the New Bouleuterion , the meeting place of the Boule, the law-making body that drafted new laws for future discussion and approval in the Assembly of the citizens (Ecclesia).

Since 1931, when the American School of Classical Studies began the systematic excavations of the Agora, a massive part of the ancient site has been unraveled. The soil has already revealed many secrets of the past, some of them quite thrilling, like the house of Simon the shoe maker where Socrates used to meet his students. History often tangles with archaeology and that makes people feel intrigued by new discoveries.

The Ancient Agora of Athens is a milestone for the whole world; a small corner of the earth where what we know today as Western Civilization started from this soil, under the Athenian sun. The Western World owes to the Athenians not only a few glorious pages of history or a few marble sculptures, but its very existence. n