Politismos eMagazine | 111 Places in Athens That You Shouldn’t Miss
6754
post-template-default,single,single-post,postid-6754,single-format-standard,ajax_updown_fade,page_not_loaded,,large,shadow2 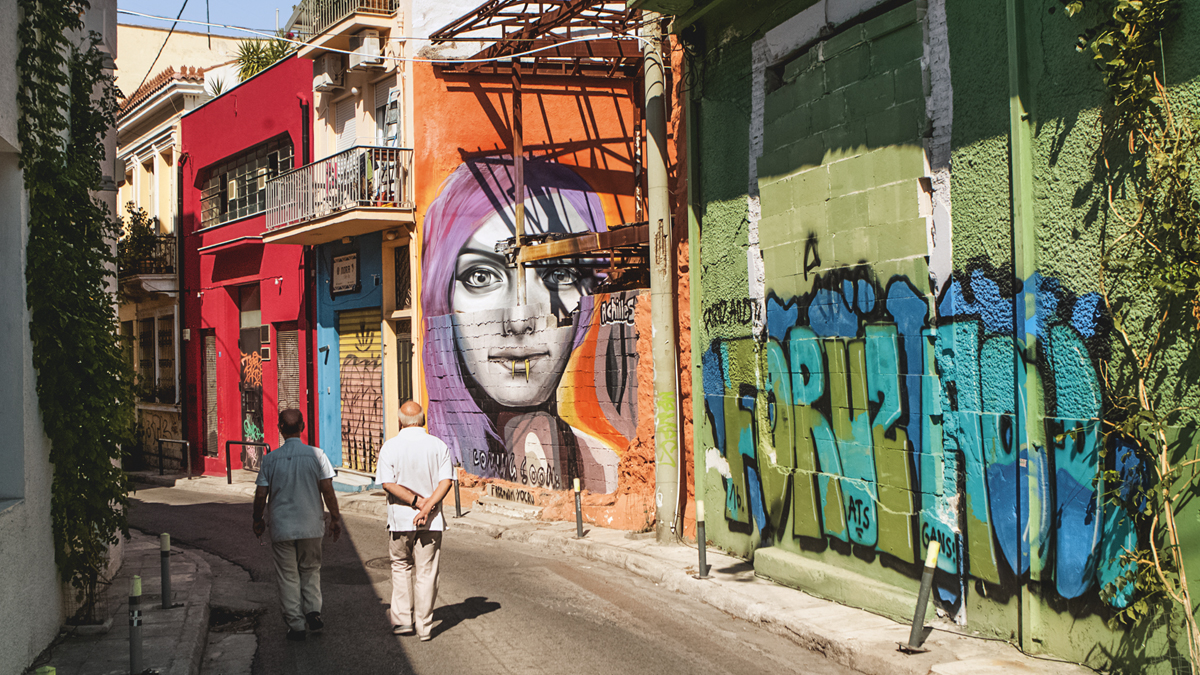 111 Places in Athens That You Shouldn’t Miss

“111 Places in Athens That You Shouldn’t Miss” is a bright and beautiful collaboration of research and story telling by authors Alexia Amvrazi, Diana Farr Louis and Diane Shugart. And we think that is definitely a book that you shouldn’t miss, no matter where in the world you may be!

Diana Farr Louis is originally from New York. She went to Greece on holiday in 1963, fell in love with the country, and moved to Athens in 1972. She eventually found a niche writing guidebooks, travel articles for the Athens News, cookbooks, and food stories for various magazines. We had the opportunity to share some time with Diana and learn more about this delightful book that shares some of the wondrous (and sometimes unexpected!) treasures of Athens.

What inspired you to write the book?

The book landed in my lap. Or rather, a friend in the know told me about it and arranged an introduction with the publishers, Emons in Cologne, Germany. I wrote them a short proposal, describing the background of the three of us, they accepted immediately and we were up and running.

Tell us a little bit about you and your co-authors?

I knew exactly who I wanted to help write the book. Diane Shugart and Alexia Amvrazi are younger than I am and have different interests, and I was sure we would be a good fit. We all have lived here for donkey’s years but were educated abroad and have traveled a lot too.

Diane spent part of her youth in California, is a former journalist, editor of Odyssey magazine, author of another guide to Athens, and at work on a new book. She is also a translator, a perpetual student, and dog lover. Alexia grew up in Rome, where her father was a diplomat. For ten years, she had her own radio programme interviewing Greek and foreign personalities for Athens International Radio, she has a blog called imverywellthankyou.com, does live video broadcasts for Greek City Times, loves to sing, and has a five-year-old son. We are all alumnae of the Athens News (now closed) and had become friends.

What was the most surprising thing you learned or found while researching for the book?

I guess the most surprising thing was that we were constantly surprised. We each thought we knew the city well and yet when we drew up our lists of places we wanted to feature, there were practically no duplicates and we’d never visited or even heard of some of the others’ choices. And as we went about our research, we kept finding other intriguing places that we could easily have added. Athens is full of surprises and it’s as if the so-called crisis has actually spurred its citizens to produce more interesting shops, art, food etc.

Something else that surprised me was the number of family businesses I came across that were three and even four generations old, a sign of continuity even in this era of rapid change.

Did the publishers give you any guidelines?

Well, the publishers – we had a lovely young editor – told us to pick places for their story value rather than their beauty, places that would not be covered by conventional guides, and to be as diverse as possible. They also expressed a desire for what they called “dark stories”. For example, the guide to Rome has lots of places associated with papal crimes and aristocratic murders. But we persuaded them that it would be preferable to focus on the quirky, eccentric side of Athens, which is one of its most attractive features.

What I discovered while (proof) reading the whole book from cover to cover is that it covers all the major periods in the city’s history – from Classical and Roman to Byzantine, Ottoman, post-Independence, Occupation and contemporary, from the current burst of creativity to anarchist protests. It provides a sympathetic portrait of this unusual capital that can’t be squeezed into facile categories, that is complex and intriguing.

We’re very proud of the final product and hope that readers will have as much fun exploring with it as we did writing and researching it. I should mention that it’s intended for people who already know Athens a bit, who have “done” the Acropolis and the major museums and sites, though this book may provide insights that a conventional guide would have overlooked.

Were there any obstacles while researching?

Not really. One or two places closed, unfortunately. We changed our minds about a few others, as being too well known already, or inappropriate on closer inspection. And I think there were two that did not want to be in the guide. Most of the time, people were very welcoming and excited to be part of it. That said, our photographer had a problem getting admission to some interiors of museums and even cafés, who knows why? That explains the disproportionate number of exteriors and doorways. But our wonderful photographer, Yannis Varouhakis, was very resourceful and did a fantastic job with our places.

What has been your most interesting response to the book (either during research or after release)?

Perhaps the most gratifying response has been from Kathimerini journalist Nikos Vatopoulos, who writes every week about hidden corners of the city. He introduced the book at our presentation last November and admitted that even he didn’t know some of the places we’d chosen. It’s also gratifying to see friends leaf through its pages and say, “Wow, this looks interesting. I’d never heard of this.”

How did you divide up the research? Were there any “rules”, things off limit, or specific goals?

We each wrote about the places we’d chosen. There were no rules – the hardest thing was keeping to the specific length – and to the publisher’s deadlines. Of course, they vetted our choices and made suggestions, but we worked together very harmoniously.

With 111 choices, we’re sure it’s difficult, but what would 3 of your absolute favorite places be?

Very difficult, but I really like the square with the statue of the dog in Kypseli (such a refreshing change from the usual politician, Revolutionary hero or ancient sage); Tournavitou Street in Psyrri, which is only a block long but whose low houses are each a different color with some splendid art work too – unusually for Athens, it was a community effort at self-improvement; and the Vespasianae, the public lavatory in the Roman agora, named for the emperor Vespasian, who introduced “a urine tax” to help pay refill Rome’s coffers after a disastrous civil war.

Have you, Alexia and Diane done other projects together, or do you have any in the works?

We’d never worked together on a big project like this, but now we do have other ideas. They shall have to remain under wraps for the moment, but you will be the first to know.

How can people find the book?

Google and you will find it. It is of course available from Amazon but we would prefer it if people bought it from their local bookstores. Most shops will order on request, Emons has a representative in the US, and we want to keep real bookshops alive.